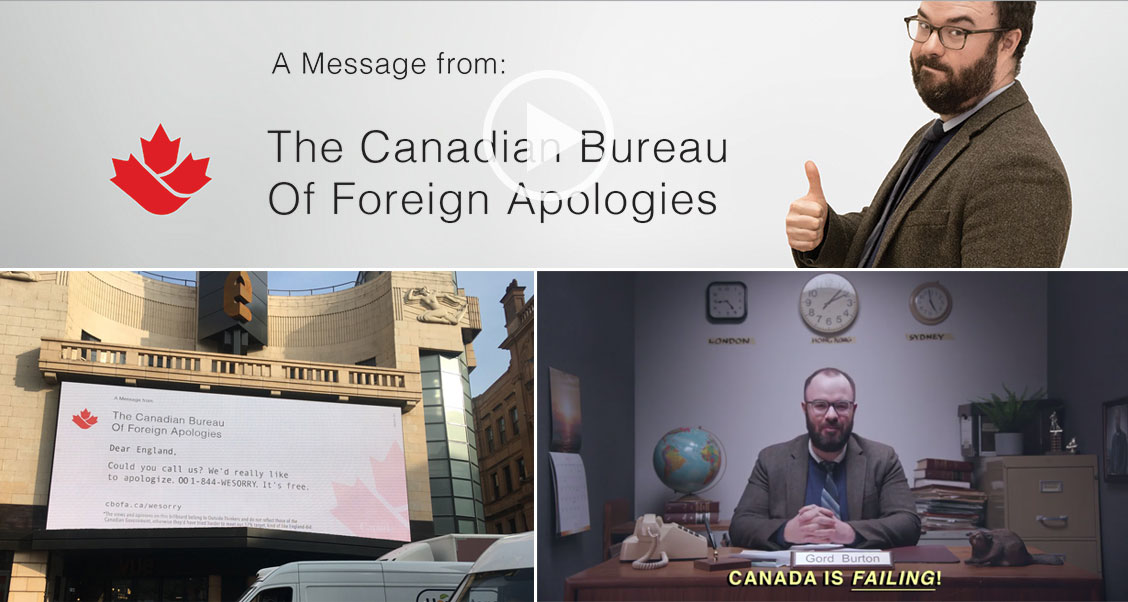 A group of environmental advocates are calling out Canada’s environmental record in a series of sarcastic billboards placed in European cities.

The three-by-five-foot projection ads, which are in English, include a stylized maple-leaf seal for “The Canadian Bureau of Foreign Apologies,” and they direct readers to a satire-heavy advocacy website on which the Canadian comedian Jeremy Woodcock—under the Nom de guerre Gord Burton—apologizes for Canada’s slow progress in its protection of wildlife and ecological diversity.Both the ads and website are sponsored by Outside Thinkers, a consortium comprising the Voila Foundation, National Environmental Treasure and the Woodcock Foundation (which has no prior relation to Mr. Woodcock outside of the biodiversity campaign, according to a spokesperson for the consortium). The group describes itself as “a collaborative working group of foundations and individuals who are committed to the environment.” – VICE, JUNE 3, 2019